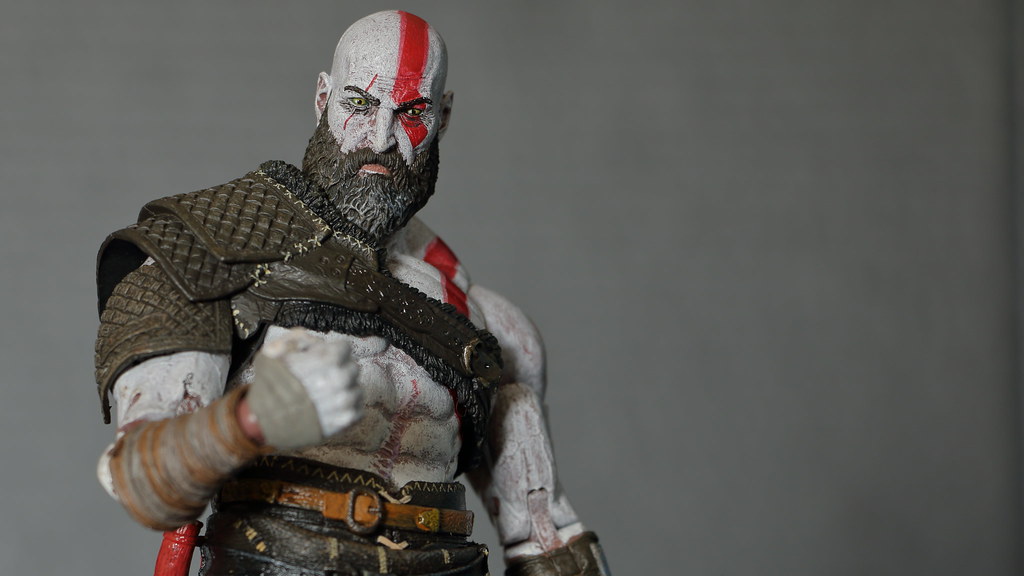 Get a life sized book, poster and head

Today Sony is celebrating the second anniversary of God of War, and while we wait for news about the sequel to God of War, there are several new goodies that you can buy and / or wish for.
If you enjoyed reading Atreus’s diary as he filled it with descriptions of the trials and beasts he encountered throughout the game, you might want to check out the new God of War: Lore and Legends hardcover book. It recreates Atreus ‘magazine as you saw it in the game, including recounting the history, bestiary, and character profiles, and it also expands the game magazine with a large number of notes written from Atreus’ point of view. You can check the preview of several pages on the Dark Horse official website.
If you want to decorate your home with a reminder of the worst encounters in God of War, you can also check out the official new poster for the Valkyrie Council. This shows that Krato and Atreus are ready to attack in the center, surrounded by unnerving masks of Valkyrie forms – with their queen Sigrun standing in front of the court in the center. The poster is an “open version”, which means that if you make a reservation by May 20, you are guaranteed a copy. After the pre-sale preparation is over, there will be no more copies of the poster.
Last up is an item for those who really want to show their love for the God of War in their home. Especially for the big bald head of Kratos. This full-size Kratos bust is 25 inches high and depicts a demigod in great detail, thanks to a combination of in-game assets and hand-painted. Only 500 pieces will be made, and they are not cheap, but this is the most effective way to constantly feel the gaze of Kratos.

We hope that we will learn more about where Kratos and Atreus are heading next time to the third anniversary of God of War – in addition to the obvious answer “PS5”.