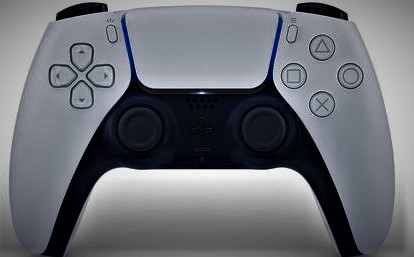 #1 The PlayStation 5 controller was officially unveiled – it is called DualSense and has an elegant tinted design similar to Atlas from Portal 2 (via the PlayStation blog).

#2 There was a lot of talk about the technical characteristics of the console and the adaptive triggers of the controller, which will offer a completely new level of immersion when playing video games. The Tempest audio engine is also designed around the structure of the human skull and ears to create realistic sound images that are invisible to your surroundings. Sony stated that the challenge was to assemble all of these elements together without producing a controller the size of a small tank.

#3 “DualSense marks a radical departure from our previous controller offerings and reflects how much we feel in the generational leap from the PS5,” said SIE President and CEO Jim Ryan in a statement. “The new controller, along with many innovative features in the PS5, will be transformative for games – continuing our mission at the PlayStation to push the boundaries of the game, now and in the future.” Cool. What is it though?

#4 First, DualSense has an elegant two-tone color scheme. The light panel is now located behind the touchpad to highlight colors on the player, rather than on the telly. Although there is no scale as such, the new controller seems a little smaller and lighter than the DualShock, and the designers were given the “task of making the controller feel smaller than it actually looks.” In addition, the “angle of inclination of the hands”, “some subtle updates to the handle” were implemented, and the “built-in microphone array” was added.

#5 “Strong battery life for the rechargeable DualSense battery” was a priority, and there was no longer a Share button on the front of the controller. Now it is called Create. As expected, no details were offered as to what distinguishes the Share button. In the end, the “Create” and “Options” buttons do not have text attached to them, which is a strange choice. How do you want to tell someone who is not familiar with the controller which button to press? The one on the side with three lines?
#6 The announcement did not mention any additional features of DualSense, so rumors of a biofeedback sensor may not come true. However, Sony’s senior vice president Hideaki Nishino really assured us that more information about DualSense will come as PlayStation 5 gets closer to launch.

PlayStation 5 will hit the shelves in late 2020.