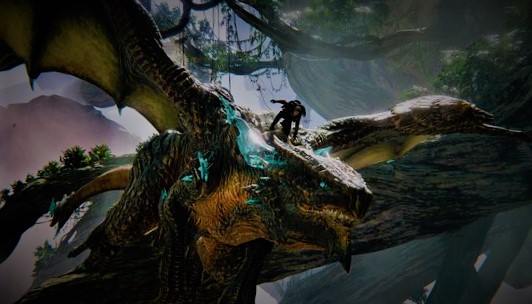 Microsoft is not interested in going back to the canceled ARPG Scalebound dragon, which ran from 2013 to 2017 (via Eurogamer).

In an interview with IGN, Xbox boss Phil Spencer squelched rumors that the exclusive would be recovered, but expressed sadness at the property’s eventual inactivity.

“It is difficult,” he began. “I have a lot of respect for Platinum, [director Hideki] Kamiya-san and the team and I don’t feel ill-will. And we talk to those guys, there is no animosity between the teams. We tried to do something and it didn’t work. “

Recently, PlatinumGames verbally expressed that it would like to return to Scalebound, but explained that Microsoft has the rights to the game, so it is their decision.

PlatinumGames admitted that “both sides failed” in its direction for the project, and it was difficult to see Microsoft bear the brunt of its cancellation.

Spencer reiterated this once again. “I regret that we have been public about what we are trying to do. I learned about Fable Legends and Scalebound about being public about things before knowing that we have a real and credible plan that I can get my hands on and know it was going to be there, ”he explained. “And we didn’t get there with Scalebound and the team.” And I say that about both teams.

However, there is little chance for developers to continue their collaboration on Scalebound. “We are not working on it,” Spencer confirmed. “I am not in Platinum today, but I am almost certain that they are not working on it.” It’s something we’ve all been through. It is not something that I see as a highlight in my role:

having to cancel a game that we had talked about for years. But for people who are thinking that there is still something in process, there is not. ”